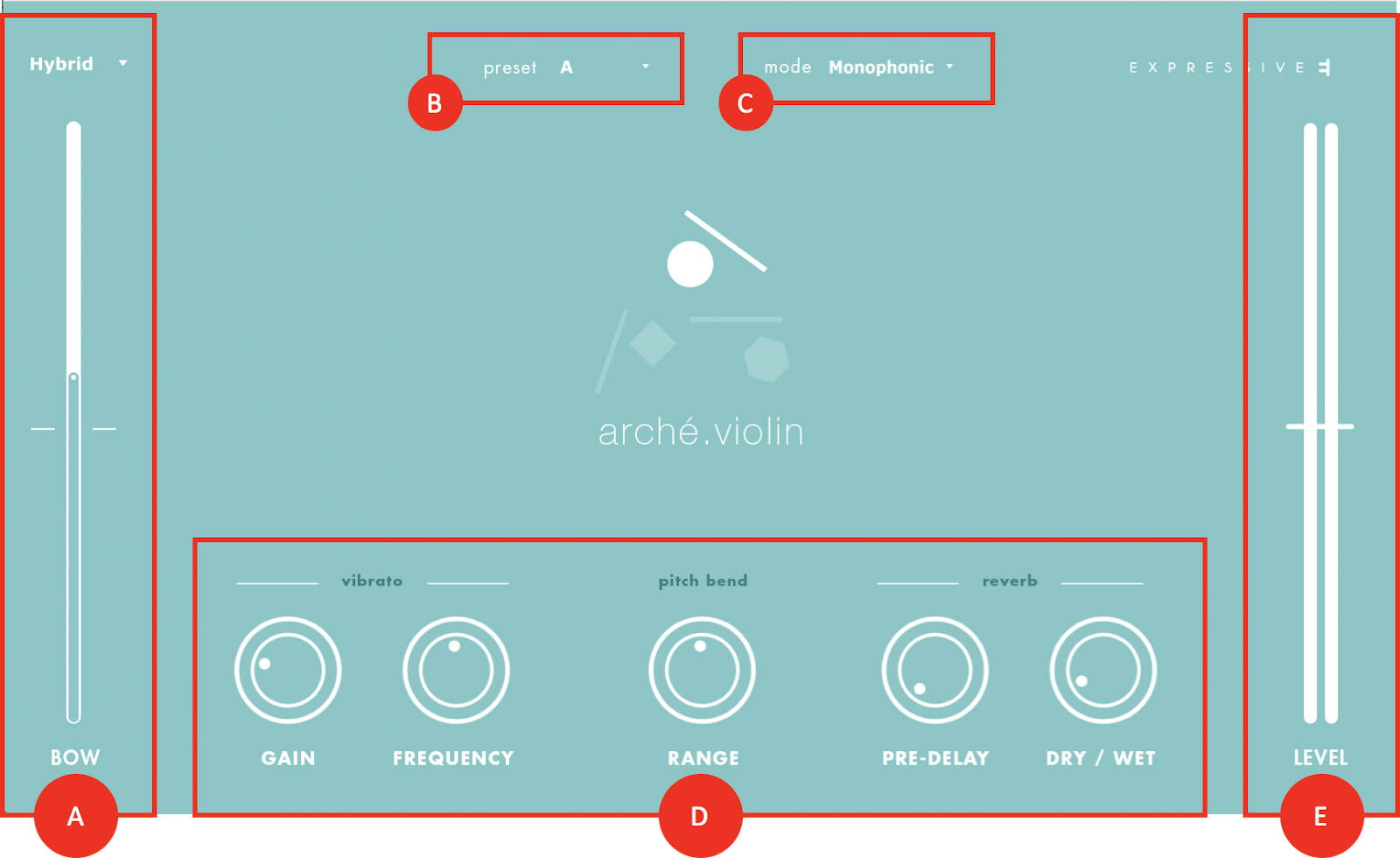 Zone A: the Bow and its playing modes

This slider is the central element of Arché. Depending on the selected playing mode, it will allow you to generate the sound or modify the expression of the instrument. You will have to assign this slider to a real-time controller to be able to play live with Arché.

2. Selection of the playing mode

Natural Mode: The slider acts as a bow, triggering notes in the first place. Define the pitch with your keyboard.

Expression Mode: The slider controls the intensity of the sound. Notes need to be triggered with your keyboard.

Hybrid Mode: A mixture of the two previous modes. The Bow Slider behaves in Natural Mode below the threshold, and in Expression Mode above the threshold. Hybrid threshold is explained below:

Zone B: Selection of the body preset

Selects the global timbre of the instrument. Those presets are based on different real instrument bodies with their specific impulse response

Zone C: Selection of the timbrality

Monophonic:  enables Solo mode, which means that only one note can be played simultaneously.
Duophonic:  enables Duo mode, allowing two notes to be played at the same time. This technique is called "double strokes" in the world of string instruments.

Select the pitch bend range. The maximum range is +- 2 semitones.

Pre-delay: Delay before the reverb tail begins. Longer values will separate the instrument’s sound from its reverb
Dry / Wet:  Amount of reverb effect applied to the instrument.

This slider indicates the audio output level of the plug-in. You can drag the slider up and down to adjust the output volume.