Some of Touché's axes are not recognized in Logic

If you insert Lié as AU plug-in in Logic Pro X, and only some of the dimensions of movement of your Touché (SE) are affecting the scope on the right hand side of Lié, you have probably (perhaps unintentionally) set up a control surface assignment in Logic's preferences.

If you map CC16,17,18 or 19 directly to some function in Logic Pro X, it will prevent Lié from being able to receive the controller messages from Touché. These four CCs are used to communicate the four dimensions of movement on Touché (SE) when it is in Slave mode. 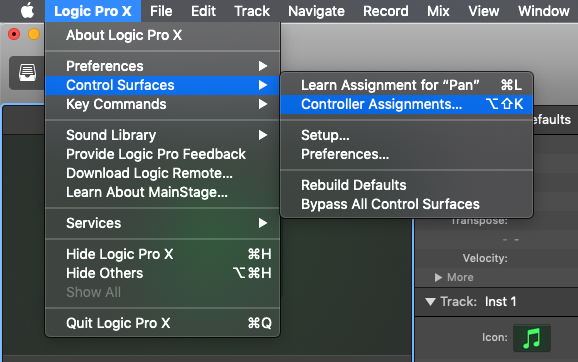 In Logic, go to Preferences -> Control Surfaces -> Controller Assignments.
Validate if something is set up for CC16, 17, 18 or 19 and delete the entry if needed. After this, the message should get through to Lié as expected.

In the example below, CC18 is occupied by a controller assignment. CC18 is responsible for the left axis of Touché (SE) and will not appear in Lié in this case: 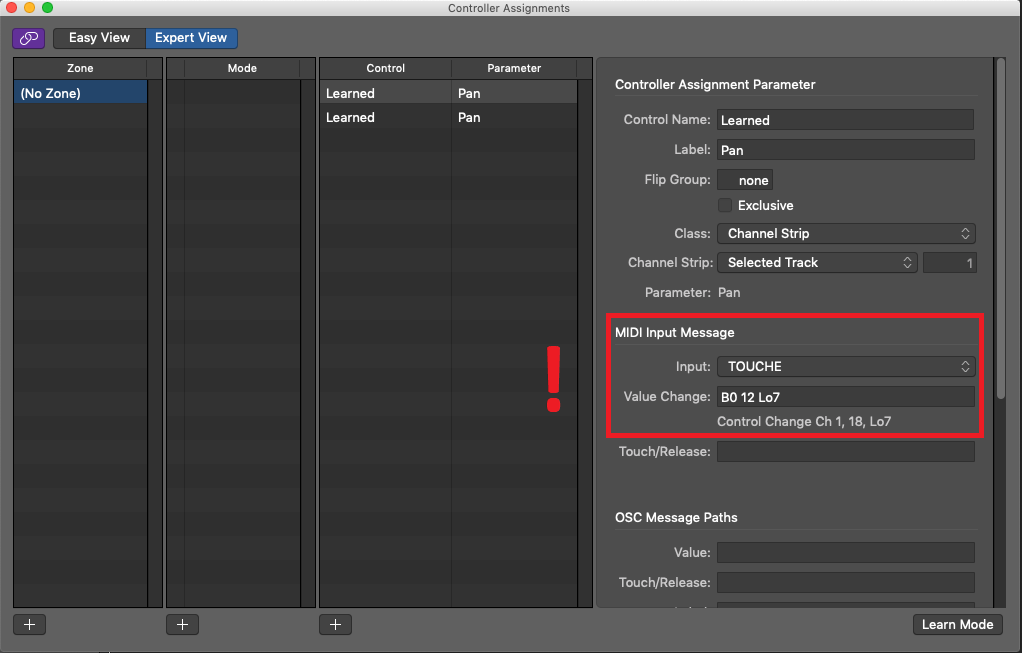